And the public response was also amazing, thousands of people showed up in this two-day event, that also had several simultaneous conferences given in the Universidad Argentina de la Empresa (UADE).

I presented this track with Roberto Dilello and we had the chance to revisited a previous track of mine presented in Code Camp 2009. 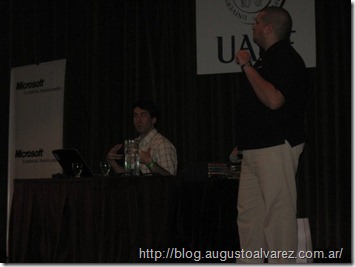 This time I had the chance to take a deeper review about the multi site clustering architecture, their benefits, requirements and how to configure them in Windows Server 2008 R2 Failover Cluster.

You can download the multi site clustering presentation (Spanish) from here.

Presented with Leandro Amore, making an overview of the changes made since Windows Vista about the Group Policies management. 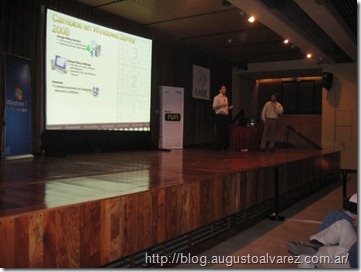 The group policy presentation can be downloaded from here (Spanish as well).